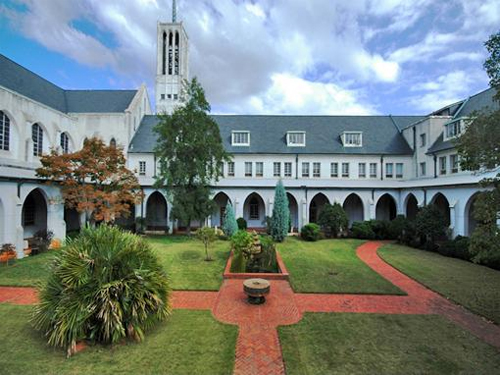 The Lay Contemplative Associates (LCA) are a group of 23 Christian (not exclusively Catholic) lay individuals spread across the US from coast to coast who attempt to follow the Rule of St. Benedict as interpreted by the Cistercian (Trappist) charism. We try to accomplish this by going about our lives in a spirit of silent recollection and monastic simplicity and prayer. Our practices include daily recitation of Morning and Evening Prayer from the Divine Office, time spent in meditation/contemplation, lectio divina, and scripture reading. In addition, we are required to complete at least 2 reflection papers per year based upon personal spiritual reading. We also write an annual Review of Life in which we try to dwell upon our lives as LCAs. Many of us also recite the Rosary daily and attend the Holy Sacrifice of the Mass as frequently as possible, daily if it is available. Insofar as possible, we maintain individual spiritual directors

Since we are not a geographically based community, we try to foster community identity through semi-annual retreats ( April/September ) which have been at the Abbey of the Genesee (our birthplace) in western New York during which we also address administrative issues, share, renew friendships and admit new members at an annual profession ceremony. We are now in provisional affiliation with the Our Lady off the Holy Spirit since we need to now find a new home. For the present, each of us renews our Act of Commitment annually. During the year, we communicate regularly on line via a Yahoo group using it as a base for readings, reflections and prayer as well as personal and LCA issues. We also stay in touch by means of regular monthly mailers containing homilies written by the monks, principally Fr. Francis Steger, OCSO, a newsletter published quarterly, personal letters and telephone calls. We are presently reading and reflecting on New Seeds of Contemplation in common on our egroup.

Formerly know as the Genesee Lay Contemplative Associates (GLCA), the LCA was formed in 1997 as an adjunct to the Genesee Lay Contemplatives (GLC), a face-to-face group affiliated with the Abbey. After the formation of the latter in 1992, there was perceived to be a need for a wider ranging, less territorially bound contemplative association to accommodate many individuals who were associated with the Abbey of the Genesee and desired to live a life in conformity with this charism but, due to distance and other considerations, were unable to attend gatherings on a regular monthly basis. Out of this demand, the GLCA was born as a derivative of the GLC with several of its original formation officers-Vocation Director, Novice Master- being members of the GLC and some administrative positions falling to Associates. In the Fall of 1998, the group received monastic approval from the monks and Abbot John Eudes Bambuger with Fr. Francis Steger, OCSO designated as moderator with the title of Superior. Under Father’s guidance, the GLCA flourished reaching a high of approximately 60 members by 1999 at which time a moratorium on accepting new members was implemented in order to allow assimilation and consolidation. At the Fall of 2000 retreat, the GLCA revised its administrative structure to include geographic Regional Directors as well as appointing directors for novices and postulants and establishing a communications committee out of which grew the first edition of the newsletter “Come and See” and the creation of the on line Internet community mentioned earlier.

Throughout the period 1998-2001 the GLCA created and revised the GLCA Way of Life, a document outlining the organizational structure, officers, its relationship with the Abbey of the Genesee and spiritual practices. The final revision of the Way of Life was completed in the Fall-Winter, 2000-01 and published in the Spring edition of “Come and See.” (See encl.)

During the middle years 2001-2004, the group flourished under Fr. Francis’ guidance developing its own identity independently and separate from the GLC. Mailers containing homilies and community information were posted regularly. On line communications also proceeded at a reasonable pace and, while some members withdrew, others replaced them.

In the Spring-Summer-Fall, 2004, as Father Francis approached retirement age and began to experience health problems, it became more and more obvious that some of the administrative functions of Superior had to be assumed by members. It also was becoming clear that the Abbey was not going to be capable of providing GLCA with a successor to Father due to advancing monastic age and a shortage of monks. Consequently, in April 2005, GLCA convened its first April retreat-conference to address the issue of transition from a monastic based to an independent lay contemplative community. Given its long history with the Abbey and its Cistercian identity, the nature of the group, itself (non-face-to-face), the need to re-develop a corporate structure, this was no simple task.

The weekend of April 29-May 1 marked a watershed in the history of the GLCA-LCA. A group of about 20 members convened to hear Abbot John Denberger inform those present that the Abbey of the Genesee was no longer able to maintain the GLCA as one of its ministries. Consequently, we could no longer use the terms Genesee, Trappist or Cistercian in our names or our literature since these were proprietary. Abbot John was supportive encouraging us to use the Abbey facilities but without its name. He simply did not have the manpower to continue monastic oversight.

During that same weekend, the GLCA also retained the services of Milton Lopes, PhD and a member of the Lay Contemplatives of Holy Spirit Abbey, Conyers, GA to guide us in planning and implementing a direction for the future. Out of this weekend conference grew a new resolve to establish a reformed organization with a new Way of Life and a new name: Lay Contemplative Associates.

Over the course of the Spring-early Summer, Deacon Richard Shewman composed the new LCA Way of Life with much input from individual members. It was presented for ratification and approved at the September, 2005 retreat. On Saturday, September 17, twelve members made their Acts of Commitment to the newly approved Lay Contemplative Associate Way of Life and in September, 2006, the LCA replaced its Interim Council with its first elected officers. Since that time the LCA has been in the process of developing its own unique identity within the Cistercian framework revising its initial formation program and revising some practices with much prayer for guidance from the Holy Spirit and continued teachings from Fr. Francis and the other monks at our retreats. We met at Our Lady of the Holy Spirit abbey for our April 2008 retreat to discern affiliation with them due to our strong desire to remain under the arm of Mother Church and the Cistercian Order.

Back to all communities >